Summer is a great time to make memories with your kids, and this summer is an amazing time to be a star gazer! The warm nights (and the no-school-mornings) make it easier and more convenient to pack up the crew with blankets and snacks and head out of the city for a night of astronomical wonders. And with a total solar eclipse sweeping a path August 21st over the entire contiguous United States, (partial eclipse will be visible in Canada) you might even want to plan a trip to see this unique occurrence. Seize the day — and it’s educational!

Before the solar eclipse this summer, there are lots of other opportunities for star gazing. Even just “regular” stargazing can be magical for kids: leaving the lights of their city or town and staying up late can be enough for a memorable night. For the best viewing, find a location away from lights (obviously), choose a night when the moon isn’t full, and find a spot on a hill, or higher than normal, as the stars will appear brighter. Moisture in the air also plays a role, so if you can find a night with less humidity, that’s even better. Starfield with Lyra and Vega

One of the best things about star gazing is learning along with your kids. You don’t have to be an expert to have a good time, and you only need to know a few key facts to sound like an expert to your kids! There are tons of books, websites, and apps you can get that will give you as much information as you need. Check out apps like Star Chart or Google Sky Map that will help you figure out what exactly you’re looking at. Get a NASA or International Space Station detector app that will keep you updated with NASA activities and let you know when the Space Station is about to slip by. There’s something amazing about watching the Space Station cross the sky, and knowing that a handful of your fellow human beings are up there. If nothing else, find the Big and Little Dipper, and point out the North Star, while your kids giggle under the stars. 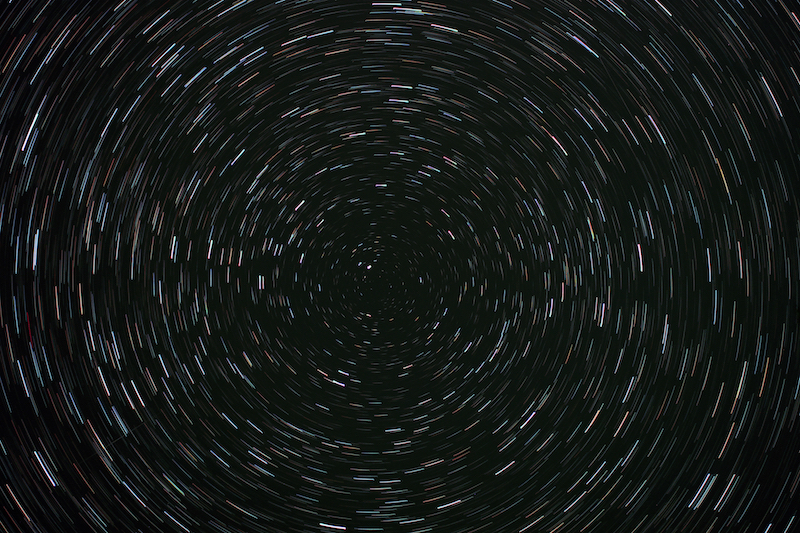 There are also a few significant conjunctions to watch out for in August. On August 2nd & 30th, just after sunset, a waxing gibbous moon and Saturn will track across the sky. If you want to see Jupiter, look to the west after sunset on August 25th for the waxing crescent moon and Jupiter.

More spectacularly, watch out for the well-known Perseid meteor shower, which will reach its culmination the night of August 12th/13th. Every year around this time, the earth passes through the debris and dust that the comet Swift-Tuttle leaves behind, creating a spectacular show. This year, the moon will be three-quarters full during the peak and will wash out some of the fainter meteors, but there should still be lots to see.

But the best, the biggest, and the most exciting astronomy news of summer 2017 is the total solar eclipse that will course a path across the United States on August 21st! While Canada will only see a partial eclipse, many people in Canada are within driving distance of somewhere to see this amazing event. Check out these places across the continent where you could witness the 2017 eclipse, in its totality. If you’re not up for a road trip, you can still see a partial eclipse, with Victoria having the most total coverage, beginning at 9:09 am PDT. Make sure you are equipped with proper eye coverings, as sunglasses will not be sufficient to protect your eyes. Celestron EclipSmart 2x Power Viewers are one option. One widely available filter for safe viewing is #14 welder’s glass. You could also make a pinhole camera to view it indirectly if you don’t have proper eye protection. Check out what time the eclipse starts for your area.

This is such an amazing opportunity to ignite and inspire your kids’ passion for astronomy and the big world we live in. As long as it’s not a cloudy day where you are, get ready for the astronomical event of the season!

Summer flies by, and kids are naturally drawn to the stars and astronomy. Make the most of it! You could make your own star chart, download one of the great apps, or even make star-shaped cookies for a night-time, stargazing snack. Whatever you do, just get outside and look up this summer!