ROM Provides a Magical Experience with “Fantastic Beasts: The Wonder of Nature” We finally had the chance to experience the “Fantastic Beasts: The Wonder of Nature” exhibit at the ROM, which blends elements of the films from the Harry Potter universe with real-life facts about the natural world.

From the moment you walk into the exhibit space on the main floor (in the original ROM building to give it the appropriate lived-in vintage feel), you get right into the mood upon arrival with a costumed figure representing the lead character of the Fantastic Beasts series, the “Magizoologist” Newt Scamander. Then, just beyond, there’s a claw mark on the floor-to-ceiling cupboards, with its doors mysteriously opening. Looks like we’re in for something beastly… Something unusual lurks behind these doors. Photo credit: Melissa Mohaupt

The exhibition explores magical creatures both imagined and completely real, where truth can be stranger than fiction. Fictional tales throughout history have been inspired by actual animal species. In fact, the lines between fantasy and reality can be so blurred that many people (not just kids) believe that unicorns and fire-breathing dragons exist but don’t believe that narwhals are real! The chameleon and platypus definitely seem as if they could be made up, don’t they? A dinosaur named after the Hogwarts School of Wizardry is an example of the blurring of fact and fiction. Photo credit: Melissa Mohaupt

A Treat for Potter-verse Fans

As this exhibit originated at London’s Natural History Museum, in partnership with Warner Bros. Studios, it’s an extra treat for Potter-verse fans to find the bonified props from the Harry Potter and Fantastic Beasts movies, including wands and the Golden Egg from “Harry Potter and the Goblet of Fire”. In “Goblet of Fire”, Harry Potter listens to a hidden message from mer-people in a Golden Egg. Photo credit: Melissa Mohaupt

In the middle section, there are interactive elements for the kids to play with the Fantastic Beasts series’ animal creations. My daughter had fun attracting a rhino-like animal called the Erumpent on a large screen, giving jewellery to the Niffler (her favourite character from the films) and making stick-figure Bowtruckles appear through motion detection to defend their tree! For the more studious museum-goer like my son, visitors will appreciate the scientific parallels between fact and fiction. Like Newt Scamander and the real-world conservationists, he is hopeful that we can make the world a better place for all creatures to live in. Looking for ideas for events at Museums? Click here for more! 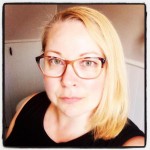