The End of the World is Here in Edmonton Don’t be alarmed. The actual End of the World isn’t coming — at least not that I’ve been made aware. But you can visit a beautiful lookout in south central Edmonton nicknamed the End of the World. Located in the Belgravia neighbourhood, Keillor Point will be familiar to Edmonton natives as the former location of Keillor Road. It once connected Saskatchewan Drive to Fox Drive, but closed in the mid-90s. In the early 2000s, a landslide took place that wiped out a portion of the road leaving behind several pillars of a retaining wall. While the city had “no trespassing” signs put up for years, it became a popular — if not dangerous — lookout spot. Realizing its potential, the city put in formal infrastructure to make it a safe lookout point and it became open to the public in 2019. No matter where you live in the city, it’s worth the drive to check out this incredible view of the river valley. The viewpoint looks out over the river across to Buena Vista Park. The viewpoint jets out from the edge of the embankment really making it feel like you might be at the End of the World.

To access Keillor Point, park along Saskatchewan Drive between 74 Ave and 76 Ave. There are wooden stairs down to the lookout as well as a gravel path making it accessible for more people. The viewpoint area itself is rather small. There are a few large rocks you can sit on nearby, but there are not any picnic tables or spaces for lounging, so I recommend making this viewpoint part of a trip to visit other surrounding parks. While visiting the viewpoint, you can read more about Frederick Keillor who the original Keillor Road was named for. If you’re a dog owner, you can bring Fido along (keeping him on leash for the viewpoint, of course), and then visit one of two nearby off leash parks — Belgravia Off-Leash to the south or Hawrelak Trail Off-Leash to the north. The Belgravia Off-Leash park itself touts a very impressive view overlooking Fox Drive, the Whitemud Equestrian Park, and of course, the North Saskatchewan River. When we visited recently, our kids enjoyed hiking the trails to the south of Keillor Point leading all the way down to the Whitemud Equestrian Park. We even got to see a few horses out grazing in the adjacent fields. Be cautious when hiking in this area, however, because it’s popular with mountain bikers so you’ll want to be sure that you share the trail appropriately. And of course, you know how much we love playgrounds and you can find one a few blocks over at Belgravia Park.

End of the World: Keillor Point

Where: Saskatchewan Drive between 74 Ave and 76 Ave (map)
Website: www.edmonton.ca 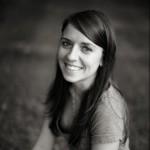 Kristi McGowan is a transplant to Canada, moving to Edmonton in 2017 after living her whole life in various places throughout the US. She's a self-proclaimed foodie, habitual runner, Netflix aficionado, Diet Coke addict, and never-satisfied seeker of adventures. But most importantly, she's a mama to the world's cutest twin girls, wife to the kindest (and funniest!) man ever, and dog owner to the worst behaved goldendoodle.