Santa Claus may be coming to town but the most exciting news in our house is Max and Ruby – live in concert – and a month before Santa arrives! Yes, those two adorable bunnies that have practically become family members in our house are coming to town, and we’re going to go see them in larger than life size at Epcor Centre’s Jack Singer Concert Hall.

This isn’t just any Max and Ruby concert either, but it’s their special Christmas concert featuring scenes acted out to the music of Tchaikovsky’s beloved Nutcracker Suite. Kobo Entertainment brings the delightful bunnies to Calgary on November 21 and what a perfect way to launch the Christmas season in our house! We’ll go to the concert and come home to sync our Christmas tunes to the iPod.

Max and Ruby in the Nutcracker suite is the newest live show that Kobo Entertainment brings to Calgary. It follows the past hit Toopy and Binoo and the Marshmallow Moon which hit town this past September. And while I saw the ads for that show, the time for Toopy and Binoo has pretty much come and gone in our house. There’s still the occasional request for an old Toopy episode from my soon to be four year old, but for the most part, the popular Toopy/Binoo duo have had to move over for new favourite shows. Max and Ruby however – now that’s a whole different story…

I knew as soon as I heard about Max and Ruby coming to town that we had to go! It has been the favourite TV show in our house for two years now and there are no signs of that changing anytime soon. The Backyardigans may have some serious dance moves but it’s still the bunnies that hold the power in our house. We’ve gone to watch fireworks – because that’s what Max and Ruby did. We’ve gone sledding and played in the snow – just like Max does. We’ve played hide and seek – because Max and Ruby do that. And we’ve watched the Halloween and Christmas episodes over and over and over and… over.

At three years old, I have to confess that I’m still not certain my son is old enough to go to a live concert. I worry about the volume, I wonder if he’ll have the attention span to get through a 90 minute performance, and I hope he’ll be able to see the stage. However, I know that if anything can capture his imagination and bring a concert to life – it will be Max and Ruby! And I know that this is a once in a lifetime opportunity for him to see Max and Ruby live while his world pivots around their adventures. Next year he might very well have moved on to something new and I’ll be taking him to see Disney movies at the theatre instead.

We’re taking a break from preschool on November 21st to attend the afternoon performance at 3:30 pm but for families that want to attend an evening show, there is also a performance starting at 6:30 pm the same day. Watch for my next review post-concert where I’ll let you know just how excited my child was to see his heroes jump out of the TV and appear on a stage right in front of him. Until then, we’re one pretty excited family and we’re counting down the days. 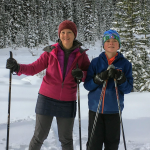