The Bumbled Joy of Christmas at Storybook Theatre Ben asking Santa about the reindeer

Ever since I’ve had children, I have insisted that Christmas be more about the spirit surrounding the season and less about the “stuff.” I have made a concerted effort to make this particular holiday season more about the “doing” than the “buying”. And it’s in that spirit that I took my mother-in-law and my son to Storybook Theatre’s Bumbles’ Big Christmas Adventure.

My 4-year old son had never really been to a play and I was especially excited to take him to his first show. We started with a nice dinner out – tuna subs from Subway (his choice!). I had prefaced the evening by saying we were going to the theatre, so when we arrived at Storybook Theatre, he wondered where the screen was. I told him there was going to be “real” people acting on the stage and he contemplated that in quiet anticipation (while shoveling popcorn in his mouth.) Our self portrait before the show began

When the lights finally dimmed and the elves popped through a window, you could see the excitement and surprise in his eyes. He honestly lit up the entire time. From beginning to end, he was completely, 100% captivated and engaged.

The play was a goofy, funny and entertaining production that included a lot of audience involvement and enough adult references that kept you laughing. It was about a clumsy little elf named Bumbles and the heart of the story was about sharing, kindness, telling the truth and the overall magic that makes Christmas… well Christmas. Ben posing with Big T the Elf. As Ben says “She’s the boss of all the elves.”

This particular production was aimed at the 3-to-6 year old audience and the comments shouted out from the “mouth of babes” was entertainment in itself. More than anything, I loved watching my son. His reaction was more amusing to me than anything else going on. His big eyes filling with anticipation, when the play started. His concern for the elves when the magic was all gone. His joy and excitement when Santa arrived. It was what I had hoped for. And it didn’t disappoint!

And I love how, in the moment, I remembered what it was like to be a kid again. I loved how, seeing him believe and seeing him put together all the pieces, revived the magic of Christmas for me too!

Ben asking Santa about the reindeer

It was a fantastic experience and I look forward to January, when I can take him to Storybook Theatre’s Munsch Ado About Nothing (stories based on Robert Munsch books). Taking advantage of the children’s theatre productions around the city is definitely something that will become part of our family’s itinerary. 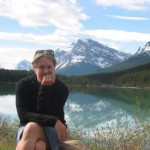 Joanne loves travelling, Mexican food, being in nature and above all enjoying family time with her husband and their kids, Ben and Sam. Joanne is a guest blogger on Family Fun Calgary.