Redheaded and full of spirit, Anne of Green Gables is a Canadian icon. Lucy Maud Montgomery’s novel set in Prince Edward Island was published over 100 years ago, and remains much beloved and read by children today.

Storybook Theatre must have had their work cut out for them. It’s no small feat to present a story and character already so well known to audiences through TV, novels, stage, and film. Using only simple sets on a small stage, the strong cast of Storybook Theatre brought Anne (with an “E!”) and the town to life.

I caught the Sunday 3:30 show with my 11 and 9 year old daughters, their friends, and a friend of mine from Argentina. We sat at the very back center row, and still had an excellent view. Immediately, we were taken with the quality of the actors’ singing voices, which was sustained throughout.

Seventeen year-old actor Jillian Hannah did a phenomenal job in her portrayal of Anne Shirley. She really became the temperamental and eccentric Anne, much to the laughter and delight of my companions. The kids’ jaws literally dropped open when Anne called Mrs. Lynde fat, and when she broke her slate over Gilbert Blythe’s head.

The audience was in stitches when tongue-tied Matthew Cuthbert (played by Chris Tesarski) goes to the general store to buy Anne a dress. He can’t describe “puffy sleeves,” and ends up with other objects that start with “P”: Pickles and a pitchfork.

I really enjoyed the school scenes. No surprise there! Friendships and rivalries, competent and incompetent teachers, and hopes for the future were brought to life.

After the play, my Argentine friend and I talked about the universal and timeless themes in Anne of Green Gables. We decided “Anne” had the mark of a true classic, because it transcends nationality and time. We also decided that Princess Kate knows a thing or two about good literature!

Don’t miss your chance to catch the remaining shows playing at the Pumphouse Theatre until Nov. 19th. Visit Storybook Theatre’s website for show times and tickets.

Big Tips For Getting The Most Enjoyment Out Of Your Outing With Kids:

1- The show ran about 2.5 hours with intermission. I would recommend it for ages 10 and up. The weekend shows might be a better bet for kids with earlier bed times.

2- PRE-ORDER YOUR SNACK FOR INTERMISSION! We paid for our coffees and ice creams as soon as we arrived, and they were waiting for us on a side table at intermission. It saved standing in a long line with four hungry kids during intermission.

3- Stay for a few moments after the show. The actors come out to chat and sign autographs. 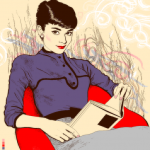 Ruth Spivak is an educator and mother of three beautiful children. She is a tad obsessive when it comes to education, and believes that learning never goes out of style! Ruth blogs at Education Diva, where she recommends quality books, websites, activities, and local events for children and adults.