Ancient and Medieval Adventures Camps for your Adventurers!

Are your kids ready for the adventure of a lifetime this summer? Your little Adventurers will find something that fits them perfectly with the Museum of Antiquities’ Ancient and Medieval Adventures Camps for Kids! Register your little ones for a week-long in-person summer camp with the Museum of Antiquities, University of Saskatchewan! Travel through time and explore the ancient and medieval world and go on amazing adventures that will go down in history. Camps are filled with games, crafts, lessons and more!

Wizards, witches, and magic, oh my! Your little Adventurers will have the chance to be sorted into their own special Magewarts’ House and learn how the people of the ancient world found magic and mystery in their everyday lives. If your child dreams of living in a magical world full of wonder and excitement, then this is the camp for them!

Adventurers will have the chance to create their very own Egyptian papyrus, write in ancient hieroglyphs, and build their own Egyptian monument. They even get to finish the week with a hunt for the Pharaoh’s treasure.

Become a member of the Royal Court! Adventurers will be taken on a quest to become the best Knights, Lords, and Ladies in all the lands. During the week, they will learn how to make their own crowns, fight off dragons, and create family house crests.

Marvel at the amazing mythologies, cities, and societies of ancient and medieval cultures from around the world! Adventurers will meet the mythological dog Cerberus, learn ancient Near Eastern Cuneiform, build a Viking longship, mummify an animal (a plush one of course!), and take part in temple games.

Adventurers will become Magizoologists and learn the craft of studying magical creatures from all around the world! Meet fearsome dragons, learn to navigate the Amazon rainforests, and run through the icy Alaskan plains with the illusive Waheela.

This camp will immerse Adventurers in some of the earliest forms of entertainment and games ever created! Before television or video games, people in ancient and medieval times had a multitude of ways to have fun and challenge themselves. Adventurers will leave with a chest full of great games to teach friends and family on a rainy day!

Open to witches, wizards, and muggles alike! Adventurers will learn how the people in ancient and medieval times viewed magic and witchcraft. They will explore astronomy, medical plants, mythological animals, and more. Adventurers will make their own wand, mix potions, cast spells, and more! 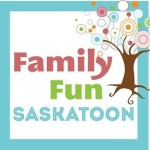