I had the pleasure of taking my 5 year old son, Evan, to Cars 2 the other night. While certainly not a professional critic, I have been known to provide my opinion on many things around the house, much to the “joy” of my wife. I work in the auto industry and have personally owned over 25 cars of all makes and models. I have a true passion for cars, and I think that makes me ever harder to please when the movie is about cars. Evan is also a huge fan of the first movie, but how about I back that up with some background facts:

Now that I have proven our Cars chops, time to give you my opinion on this new addition to the Disney/Pixar family.

IT WAS AWESOME! So funny! So much action! Such attention to detail!

What else can I say? It was a huge hit with Evan. Cars 2 continues the story line of the first movie, but about 5 years has passed since then. Most of the original characters are present, but this time Tow Mater is the star of the show. With gut busting humor and a huge amount of James Bond type action, this movie had us glued to the big screen. The 3D effects are spectacular and can overwhelm the senses. Very few movies can convince Evan to sit still for two hours, but Cars 2 had him glued to his chair, even after devouring a Mater topped soft drink and bag of popcorn.

I am sure that every fan of the first movie will be at this one too, but for the parents of younger children who missed the first movie, you are going to love it! This is a show that is as enjoyable for the parents as it is for the kids. The spark plugged topped Eiffel Tower, valve cover topped Arc de Triomphe and the “car”-goyles on the Notre Dame are the kind of attention to detail car nuts can appreciate . Pixar created 926 new characters for this movie, so the diecast industry will be busy for a long, long time. 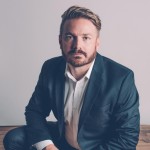 Justin is a modern dad, loving nothing more than whipping up delectable meals for his family, playing in the park with his kids and watching Nascar. Justin is our daddy blogger.