“Who wants to go to the theatre?”

As soon as I said it, my girls (ages almost twelve and just turned six), lost interest in whatever they were doing and started peppering me with questions; “what play, where, what’s it about and when do we go?”

My seven year old son didn’t stop what he was doing, but simply looked up, and said skeptically, “It depends.”

I was sitting at my computer and encouraged them all to get closer so they could watch the trailer of Peter and the Starcatcher playing at the Shaw Festival in Niagara-on-the-Lake, Ontario until November 2015.

With a pirate ship, talk of treasure and the threat of imminent death, my son quietly became intrigued while the girls excitedly encouraged me to keep clicking to watch the next video and pick a date for us to go. Peter and the Starcatcher tells the story of Peter Pan before he became the boy who could fly. As an orphan, Peter and a few fellow orphan boys are loaded onto a cargo ship destined to be sold to a merciless king in a faraway land.

On the ship, Peter meets a girl named Molly  who is left on the cargo ship by her father Lord Aster under the care of her nanny, the hilarious Mrs Bumbrake. Lord Aster departs for a dangerous mission on the high seas protecting a trunk of the Queen’s very special treasure – a trunk of star stuff.

We soon discover that the treasure trunk is actually aboard the cargo ship and Molly, the daughter of a Starcatcher and a Starcatcher in training, is now responsible for finding the treasure and keeping it safe from a band of pirates led by Captain Black Stashe. With the help of her new friend Peter and the orphan boys, the adventures begin! In true storytelling fashion, it is absolutely amazing what tales can be weaved by twelve talented actors on an uncluttered stage. There are no large sets and no fancy props in Peter and the Starcatcher. Instead, on a stage full of ropes and ladders, the actors use their bodies, their voices, their connectivity to each other and their sheer talent to create a story that had all three of my children sitting at the edge of their seats in anticipation.

One of the most wonderful parts of Peter and the Starcatcher, and as I learned a traditional part of storytelling theatre, is that the actors often “break the fourth wall.” In many of the theatre productions we are all familiar with, the actors speak to each other, remain in character, even during monologues, never stepping out of their scene or acknowledging the audience is there. In Peter and the Starcatcher, the characters often step out of the scene to act as narrators – true storytellers – keeping the audience (especially the children) highly engaged with what has happened and what adventures will happen next. As the prequel to Peter Pan, this Tony Award winning play lets us into a world where we get inside knowledge of not only how Peter became Peter Pan, but also how the land that Neverland, how Captain Black Stashe became Captain Hook, how Peter’s fellow orphans became the Lost Boys, how Neverland’s mermaids came to be, what roll Molly played in Peter becoming Peter Pan, where pixie dust came from and to my six year old daughter’s ultimate delight – how Tinkerbell became a well-loved fairy.

This play has something for everyone – moms, dads, kids, grandparents, aunts and uncles, etc… and is a perfect family-friendly theatre event.

Go Beyond the Story and Get Behind the Scenes Be sure to check out the fantastic experiential learning opportunities offered by the Shaw Festival for both adults and kids! There are backstage tours, Q & A’s with cast members and acting workshops with actual Shaw Festival actors. In fact, it was in a Q & A with Charlie Gallant who plays Peter and Patrick Galligan who plays Lord Aster where my son asked a question that gave us a bit of insider gossip – the actors who play Peter and Molly are actually engaged in real life! Where To Stay and What To Do when you visit Shaw Festival and Niagra-on-the-Lake:

There are many hotels, inns and B&Bs to choose from in and around Niagara-on-the-Lake. We enjoyed staying at the White Oaks Resort and Spa just a fifteen minute scenic drive from the centre of town but right across the street from a huge outlet mall shopping centre with easy access to kid-friendly food options and (very important) coffee! The rooms are spacious, the bathrooms are huge and the beds are super comfortable – all perfect for families. White Oaks Resort is also home to one of the largest spas in Ontario, so it may be worthwhile bring another adult who can take the kids to the pool while you escape for a relaxing treatment (or two!).

Be sure to leave lots of time for wandering the picturesque Niagara-on-the-Lake town centre with a variety of shops, restaurants and beautiful flowers in the summer months. Arrive early, park your car, make a lunch reservation and explore the town on foot. After the show and all that extended sitting children will appreciate the lovely park along the main street with play equipment, lots of shade, picnic tables and a fountain that plenty of children use as a splash pad (you may want to bring bathing suits and towels if it’s a warm day!). No matter what you decide to do, be sure to have a little (or a lot of) fun in Niagara-on-the-Lake before making your way to your next family fun adventure!

Many thanks to the Shaw Festival for providing a wonderful Peter and the Starcatcher experience for our family.

Image Credits: Photos of Peter and the Starcatcher production are courtesy of the Shaw Festival, the remaining photos are my own. 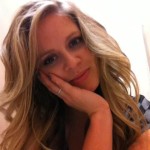