From Toddlers to Young Adults, Is This the End of Our Family Road Trips?

“I don’t think I want to go,” our 19-year-old son told us when we excitedly announced we were taking a family road trip to Eastern Quebec and Nova Scotia.

Even though I knew this day would come, I felt deflated. We’ve been travelling as a family since he was six months old when we carried him around Newfoundland in a backpack. Lately, I’d been thinking of past family trips more than ever, and each Facebook memory brought a flood of nostalgia I would never have imagined.

Over the years, people have asked me for advice about family travel. I’ve written articles on How to Survive Road Trips with Kids in which I gave tips like: bring a cooler and keep it full; plan something active with as much adventure as they can handle en route; balance a high-energy destination with a more relaxing one; if you’re camping or going rustic for most of your trip, once or twice splurge on a decent hotel (preferably with a pool and laundry facilities) and don’t worry about screen time in the car.

But now my advice is simply to go. Do it because who knows how long you’ll be able to. Do it because frustrations fade into shared anecdotes, and memories are made on every trip. Do it because, as the old wise ladies say, the days are long but the years are short.

Here are some of my favourite memories of this year’s summer road trip. Though our son wasn’t with us, I was grateful our 17-year-old daughter still wanted to travel with her parents.

Biking through Bic National Park:  Located in Quebec’s Bas-Saint-Laurent Region, south of the Saint Lawrence River, this 33.2 km protected wilderness reserve showcased the coastal landscape and unique geology and ecosystem. We rented bikes and rode the trails through the forest and along the shores of Bai du Ha! Ha! (not kidding about the name). At Pointe-aux-Epinettes, we were thrilled to observe seals lounging about the rocks. Harbour and grey seals were among the 15 species of mammals that made this park their home, along with 226 species of birds.  Another highlight of the park was the abundance of blooming wild roses, lining the trails with the water shimmering as a backdrop.

Buying bagels from a vending machine:  On our way from Bic, we stopped at Saint-Simon Bagel. We couldn’t believe we could buy freshly-baked, Montreal-style bagels from a machine!

Watching fireworks in Rivière-du-Loup: Set to music, this spectacle, which celebrated a big hockey win 70 years ago, was a blast to watch. We also enjoyed exploring the town’s downtown with its patios and pedestrian-friendly street and the Parc des Chutes (Falls Park). Located by the town’s 33-metre (108-foot) waterfall, there was 10 km of hiking trails and several look-out points to check out these impressive cascades.

Ogling the view of Lake Témiscouata from the top of Furnace Mountain: Established in 2009, the park highlights the beauty of the Appalachian Mountains, the glacially sculpted landscape and Lake Témiscouata, the second largest body of water south of the St. Lawrence. A morning hike up Montagne-du-Fourneau (Furnace Mountain) took us through the forest along moss-covered boulders, ledges and cliffs. The panoramic view of the lake and the valley was worth every step to get up there. We vowed to return to this 175-km² tract of the wilderness again on another road trip.

Wandering Halifax’s waterfront: Wonderfully walkable, we strolled along the boardwalk looking out at the harbour and checking out some of the shops and restaurants. The Canadian Museum of Immigration at Pier 21 was a particularly special stop because our daughter’s grandparents were two of the nearly million immigrants who came through its doors to begin their lives in Canada. A lobster roll at the Waterfront Warehouse Restaurant was a scrumptious finish to our waterfront excursion.

Sitting on the rocks of the Atlantic Ocean at Peggy’s Cove: The description “postcard-perfect” was made for places like this. There was the lighthouse itself, the rocks it stood on, the waves of the Atlantic Ocean, the lobster traps, original colourful wooden buildings, fishing boats and a church. No matter which way I turned, a picture was waiting to be snapped.

Admiring the majestic Bluenose II: Serendipitously, the UNESCO heritage town of Lunenburg, Nova Scotia, was celebrating the 100th anniversary of the Bluenose, the iconic Canadian ship commemorated on our dime. We were able to see her at full mast, with the backdrop of the colourful historic homes that dot its waterfront.

We also treasured the smaller moments of our trip — card games played, ice creams eaten and time spent with each other.  Playing mini-golf with our daughter at the Oak Island Resort reminded me of another trip 12 years ago when after countless attempts, she threw her club down in frustration and had a John-McEnroe-worthy tantrum. Her stubbornness has transitioned into admirable determination, and I observed her steely concentration in her bid to beat her parents. She would have enjoyed defeating her brother, even more, I thought, missing our son. Well, at least our daughter still wanted to travel with us.

“Could we go home a day early?” she asked later that same day. “I got a job interview at that bakery I applied to.”

“Okay,” I answered, a lump in my throat once again.

Is this the end of our family road trips? Time will tell, but at least I have the memories to comfort me. 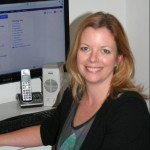 Niagara Falls Without the Kids?

What Do You Mean You Don’t Want to Go to Disney World?! Why My Kids Choose to Cruise

Taking My Sweet Time: Rockies to the Red Rocks on the Rocky Mountaineer