A Family Surfing Adventure in Tofino – The Wetsuits are the Worst Part! There was a brief pause in the surf in which I caught my husband’s eye, and we shared a smile that said Can you believe it? We finally found an activity that everyone is enjoying at the same time!

Anyone with multiple children knows the struggle of trying to please everyone at once. However, the long, sandy beaches of Tofino seem to offer the magic ingredient with the biggest perk of all being that the mother doing the entertaining isn’t me but Mother Nature. In all seriousness though, there is something for everyone in Tofino whether you are looking for relaxation or adventure. Me, I’m usually about the relaxation but my kids, they are all about the adventure. So, while you might typically find me watching the surfers in amazement from the safety of my spot on one of the aforementioned sandy beaches, for this particular trip, I had plans to join them. We all had plans to join them.


I never thought my family and I would go surfing together. With three children aged 3 to 8, and me with a spinal cord injury, surfing never seemed to make the list of “things we should try”. When the trip was first proposed we were all excited but as it drew closer, I felt the nerves. I mean, let’s be honest, a neighbourhood bike ride can stretch the thresholds of a child’s good attitude (and a parent’s patience), what would it be like in the ocean for 3 hours with salt water, sand and – most relevantly – absolutely no idea how to surf? Spoiler alert: it would be awesome!

Priority one was keeping everybody warm. The temperature of the ocean in Tofino falls somewhere between 13 and 17 degrees Celsius in the summer months so the early morning hours were spent pulling, tugging and zipping up our matching black and orange wetsuits. If you had walked outside our room while we suited up, you would have heard grunts and whiney voices exclaiming “There’s sand in it” “Mine is still wet” and “Does it have to be so tight?”. But once they were on, we all looked the part and were ready to make our way to South Chesterman Beach. The beach is selected by the instructors the night before or the day of the lesson depending on where the waves are best for beginners. Seeing the 4-foot swells made me think they had made a mistake but, no, the instructors at Pacific Surf Co. assured me that those are the waves you learn on. Priority two was keeping everyone safe. The safety information was drawn on the sand as though it was the world’s largest whiteboard. Although I was initially concerned that nobody wears lifejackets, the instructors explained that we only go out to waist-deep water and that our wetsuits were very buoyant. The instructors’ knowledge and confidence eased my anxiety. And if I had any worries left about my children enjoying themselves, they were quickly erased when I saw my oldest son, my most cautious child, riding in his first wave with the biggest smile on his face – they all did!

Best of all, there was no complaining or fighting. My boys happily rode on boards together and even though the lessons are generally for children five and up, my youngest took to the ocean and even caught a wave or two. With faces full of salt water and wetsuits full of sand, everyone had a blast, going at their own pace with and without assistance. By the end of our lesson, some of us were standing on our boards and some of us were laying down but it didn’t matter; we all felt like surfers. The three hours went by quickly and, before we knew it, it was time to get out of the water. I never thought surfing could be accessible and fun for young kids and a wheelchair user. The instructors at Pacific Surf Co. were experienced and interacted easily with the kids. They provided all of the equipment and wetsuits which meant that we just had to show up with a good attitude. It all made for a very stress-free experience.

Tips to Make the Most out of Your Family Surfing Adventure

1. Bring water and snacks. We barely made it out of the water before we heard the call for food. Everyone was starving and I fear it would have been a long and somewhat whiney drive back to the hotel without snacks.

2. Take advantage of the photography services. I’m the kind of mom that has to have photographic evidence of our adventures. Being able to have the photos while spending three hours without our phones or camera was very freeing.

3. Be prepared for some down time. All five of us were exhausted after our lesson. Try to carve out some time after for everyone to relax and rejuvenate. If nothing else, your kids will sleep well that night!

4. Have extra towels and a change of clothes. Our weather was overcast and breezy. Once we left the ocean it didn’t take long to feel chilled. Plan to get the kids out of their wetsuits and into dry clothes quickly to avoid a post-surf meltdown.

I strongly suggest you take that last one to heart. We did not get out of our wetsuits fast enough and did suffer a post-surf meltdown through chattering teeth. Even so, it was an adventure we will not soon forget. Surfing in Tofino may not have been on our family’s to-do list but it is definitely an activity you should add to yours. 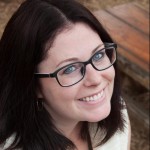 Codi Darnell lives on the west coast with her husband and three kids. She spends most of her time juggling motherhood with a spinal cord injury and writing about the results. She was voted 2018 Vancouver Mom Top Blogger and you can follow her story at www.helpcodiheal.com and on social media Instagram @helpcodiheal and Facebook @helpcodiheal