Adventure Your Way Through Jordan We’ve all watched that unforgettable final scene from Indiana Jones and the Last Crusade. Indiana, played by Harrison Jones, and his father, played by Sean Connery, setting off on galloping horses through a winding red canyon, after successfully emerging from a stone-carved temple in the middle of the desert.

While the storyline may have been imagined by Steven Speilberg, the place itself is real – It’s the ancient city of Petra, hidden in the desert in Jordan. While you may not have entertained (yet!) the idea of a vacation in the Middle East (Jordan borders Israel, Syria, Iraq and Saudi Arabia), there are five great reasons to consider Jordan for an adventure-filled holiday. I travelled with G Adventures, which is perfect for everyone from solo travellers to couples or families. Jordan treats everyone as a guest. Be ready to be offered fresh, hot falafel, steaming cardamom-infused Turkish coffee, delicious hummus and a smile everywhere you go. Jordanians are funny, easy going and hospitable – and their food is divine. The Entrance to the Mujib Canyon in Jordan – Paula Worthington

I had never been canyoning before, and while the idea of navigating whitewater and waterfalls on foot may seem daunting, it’s hands down the best way to explore the stunning Mujib Canyon, near the east shore of the Dead Sea.

The Mujib Nature Reserve is the lowest in the world and is a natural playground. With the help of a guide to show you the way forward, you’ll explore the narrow, tall canyon through the refreshing water.

You’ll climb waterfalls, propel yourself through currents on a rope, and climb over boulders you make your way forward. Don’t forget to take the time to gaze up as the red-walled canyon rises hundreds of feet above you.

While you’re in the area, take time to slather on some Dead Sea mud and head out for a soak to restore your youthful vitality. The Dead Sea lies between Jordan and Israel and is the lowest point on Earth (1,388 feet below sea level). The area and its unique natural features have been attracting visitors thanks to its well-perceived health benefits for decades. The Dead Sea’s water has around ten times the amount of salt than a typical ocean, making it uninhabitable for fish and other marine animals (hence “dead”). Many believe that bathing in the Dead Sea and applying its mud to your skin has excellent health benefits. Some people with respiratory problems find it easier to breathe the oxygen-rich low altitude air. Ahhhhhh. If Mars were a place on Earth, it would be Wadi Rum (meaning “Sand Valley” in Arabic). Used as a backdrop for movies like Lawrence of Arabia and The Martian, Wadi Rum truly makes you feel you are thousands of kilometres away from civilisation. Exploring by 4X4 Jeep, you’ll come across groups of camels, remote Bedouin camps and rock arches several stories high. Sip sweet mint tea as you watch the sunset across the sand horizon before bunking down in a remote camp.

Re-live that Indiana Jones moment with a visit to Petra. Known as the “rose-red” city thanks to the red sandstone mountains from which it was carved, it’s one of the seven modern wonders of the world. You’ll enter through a long walk up the “Siq” canyon to the site of the Treasury (Indiana, is that you?), then keep going – Petra unfolds throughout the mountains, with mountaintop Monasteries, dramatic cave dwellings, tombs and more.

Once you’re back home, you might feel like you need a holiday from your holiday…but aren’t those the best kinds of adventures? 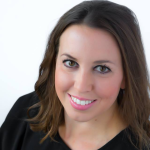 After nearly a decade of local and national PR agency leadership experience, Paula pivoted her career and founded Worthington PR & Story to help innovators reach their goals by leveraging brand storytelling, creative thinking, traditional public relations, and social media strategies. An adventurer at heart, Paula is also a respected freelance writer and photographer, with her work regularly appearing across the Postmedia News Network, on radio and in various online magazines. You can follow her journeys at WandersWild.com.