Are You Griswold Enough? A weird and wacky road trip through the American Southwest At Giganticus Headicus on Route 66--just another roadside attraction. Photo by Blake Ford

Driving out of Las Vegas, our white Chevy rental car racing east toward the red mountains of Utah, my husband Blake cranks up “The Devil Went Down to Georgia” and starts singing and air banjo-ing along.

“What is this?” our teenage daughter Avery groans from the back seat. “Why are we even listening to this?”

It reminds me of that scene in the original National Lampoon’s Vacation when Clark and Ellen Griswold try and get their kids to sing along to “Jimmy Crack Corn” as they depart Chicago in the family truckster—bound for Wally World—but Russ and Audrey put on headphones and blast The Ramones instead.

Tweens and teens are indeed a different species.

But over the next week, as the Martian scenery of crumbling buttes and orange-striped mesas rolls by en route to some of the U.S. Southwest’s best parks and geological wonders, we’ll try to bridge the generation gap by subjecting Avery and her little brother Bennett to AC/DC’s “TNT,” part of a radio preacher’s impassioned sermon (because, America), and a few country songs about dead dogs and cheatin’ hearts.

It’s become our blueprint for a family road trip: share a small car for great distances with limited radio stations and hope that everyone will still be speaking when we arrive at the destination. So far, it’s worked, especially if we keep Clark Griswold’s mantra in mind: “Getting there is half the fun!” A ‘wow moment’ at Horseshoe Bend near Page, Ariz. Photo by Blake Ford

It also works because we’re a road trip family at heart—we love the freedom to pull off whenever it strikes our fancy, like when a 14-foot-tall, green, tiki-style head erupts along Route 66 near Kingman, Ariz. We simply have to stop for a photo op with Giganticus Headicus. And though we draw the line at driving two hours out of our way to visit the Arizona Meteor Crater, we are Griswold enough to squeeze in as much as we can in seven days, even when the children’s complaints evolve from music to forced marches (a.k.a. hikes that involve an elevation gain). We usually ignore their pleas and forge ahead, like when we exit the car at Horseshoe Bend and follow a line of tourists uphill to see where the Colorado River makes an impressive U-turn just outside of Page, Ariz.

At Giganticus Headicus on Route 66–just another roadside attraction. Photo by Blake Ford

As the neon lights of Vegas give way to the desert’s natural palette of orange and green, we’ll explore Zion National Park in Utah, navigate the claustrophobic curves of Antelope Canyon in Arizona, kayak part of Lake Powell, and ride a passenger train to the Grand Canyon before ending the trip on Route 66, that most Griswoldy of roads with its “tourist trippy nostalgic crap” (according to our Grand Canyon shuttle driver)—all without crashing the car, killing a dog or strapping a dead relative to the top of the Chevy. “It never seems real to me,” says Andrea, our Navajo guide with Dixie Ellis’ Lower Antelope Canyon Tours, as we make our way through this spectacular slot canyon where the soaring sandstone has been sculpted smooth by flash flooding during aeons of rainy seasons. The half-kilometre walk feels like a dream—we gape up at blue sky peeking between orange sandstone walls that seem to flow toward the ground in lazy spirals; sand art created by millennia of water erosion. Because access to the lower canyon is difficult (entry and exit require descending and then ascending steep metal stairs) this natural wonder remained a relative secret until social media; now, about 3,000 people a day pass through its walls, but guided groups of 12 are staggered so everyone has a chance to feel alone in this special place.

After the tour, we drive a short distance and meet up with Joe Lapekas, owner of Lake Powell Paddleboards. He leads us on a two-hour kayak trip up to where Antelope Canyon empties into Lake Powell, a manmade reservoir and recreation area. From the water, the orange and white-grey cliff walls look almost machine cut, their lower reaches crusted with the shells of invasive quagga mussels. I relish the quiet time on the calm lake until Avery paddles up and harshes my mellow by belting out the lyrics to an annoying cartoon jingle. Yep, even the kids time their Griswold moments for maximum impact. We return to the open the road and point the hatchback toward Williams, where we’ll board the Grand Canyon Railway the following day. I try to enjoy the coyote-and-roadrunner scenery, but Bennett interrupts every few minutes to ask, “Are we at the hotel yet?” If Avery’s favourite part of the day is going on Instagram when we’re finally reunited with wifi, Bennett’s is the moment when we descend upon the hotel’s pool and hot tub.

I’m happy to leave the car for the comparative luxury of the train the next morning. We board it right outside the Grand Canyon Railway Hotel and enjoy muffins, fresh coffee (parents) and endless juice refills (kids), along with serenades by a singing cowboy, as the train chugs north. Blake Ford and daughter Avery strike a pose reading the Territorial Times on board the Grand Canyon Railway. Photo by Lisa Kadane

Train service to the Grand Canyon started in 1901 and the ride was a vast improvement over a bumpy eight-hour stagecoach. The train actually stopped running altogether in 1969, killed by the success of the automobile and the family road trip (ironically) but started again as a tourist attraction in the 1980s. It’s a very step-back-in time way to arrive at the Grand Canyon and we try and conjure what those first tourists would have felt arriving here and looking down almost a mile to the Colorado River far below.

At this point on the trip, we ramp up the forced marches. First, we hike down into the canyon along the Bright Angel Trail, where Avery develops a mysterious ‘leg ailment’ that prevents her from descending further, and Bennett holds my hand so tight on the return ascent it’s like I’m dragging him back up.

Then, Blake, a geologist, herds us along the canyon rim on the Geology Trail, making sure to stop at every interpretive sign to absorb the rock minutiae while the children and I huddle together against the wind (Arizona in November is chilly!). Blake Ford and daughter Avery take in the vastness of the Grand Canyon. Photo by Lisa Kadane

Every viewpoint is a sight almost too grand to take in. Our hostess on the train ride back to Williams sums it up nicely by quoting Vicki Corona: “Life is not measured by the amount of breaths we take, but by the moments that take our breath away.”

This sentiment rings true as we end the trip by driving Route 66 from Williams to Kingman, Ariz., and back to the glitz of Las Vegas. The highlight of our week away hasn’t been the daily wifi reunions or hot tub soak—even the kids agree it’s been the wow moments brought to us by nature, whether viewed from the bottom of a canyon or through the window of a car. It turns out getting there is half the fun.

Feeling Inspired by our American Southwest Road Trip? If you go:

Eat: Stop at the Road Kill Café in quirky Seligman for delicious dishes such as Buzzard Bait (chorizo and eggs) served up in a diner decorated with every kind of animal taxidermy you can imagine.

Do: Visit the Route 66 Museum in Kingman for a vicarious ride down the “Mother Road” before interstates rendered road travel rather generic. 928-753-9889 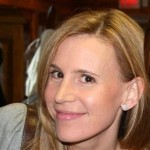