Barry MacDonald’s book “Boys on Target” is one of those books I’ve picked up and put down many times but I finally made my way through it. I am, after all, a mother of two young, energetic boys so I’m compelled to learn about what makes them tick. I admit; I was skeptical. I don’t have the time or energy to read another self-help parenting book that is going to make me feel bad and offer lame advice. I’ve only been wrong a few times in my life (Ha! And I’ve got land for sale in Medicine Hat if you believe that!) and apparently this is one of them!

The format of the book is really well laid out (apparently he gave it a lot of thought). There are four sections and each chapter begins with an email or letter Barry received at some point over the years. The rest of the chapter is dedicated to the answer.

I actually got a lot out of the chapters on sibling rivalry and keeping peace in the family. Some days the fighting really grates on me – apparently kids fight about 5 times an hour! But there’s some good advice in these chapters like coming up with a Peace Plan, teaching boys to use “I statements,” and how to help them identify the basis for of their anger rather than simply acting out. I know some adults who should do that!

The section on Parents, Boys and the Culture of Schools was interesting. The chapters on getting boys to read, bullying, video games and anxiety all offered an interesting perspective. This was the point at which I realized I was really starting to like this author!

The chapter on “Gender Identities & Cultural Expectations” I found especially interesting. He asks thought-provoking questions such as, what happens when we expect boys to be into “normal” boy stuff and they are not? He put together a gender matrix illustrating the extreme biases we hold as a society and asks readers to see where our boys fall between the two extremes. On one end boys have Rambo senses and Spiderman senses on the other end. I feel he gets the metaphor wrong but the point of figuring out where my kids are on the continuum was still thought-provoking and enlightening.

I skimmed the section on boys and schools, only because I am still digesting the bits about fighting and what makes my little monsters tick. He urges readers to question adult tolerances and attitudes towards boisterous kids and urges that considerable care be taken in the process of diagnosing ADHD. I appreciated hearing this especially with what seems to be a tendency towards medicated boys to keep them in line.

Generally he offers good advice that is thought-provoking and easy to follow. Some of the advice is basic and kind of obvious but most of it is unique and easily implemented. I have to admit my affinity towards Barry has grown and intend to use some of his advice as I help mould my boys into men.

For more information on Barry MacDonald visit his website: www.mentoringboys.com.

To purchase Boys on Target: Raising Boys into Men of Courage and Compassion, click here 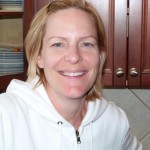 Shannon is a SAHM who sometimes wonders if she’s lost her marbles having two little kids in her 40’s. It’s all fun and games - until someone loses an eye!