Mother-daughter time is special. Sometimes it’s squeezed in during the drive to school post-dentist appointment, with a spontaneous Sunday afternoon movie date or during a younger sibling’s nap time. Those minutes – or on miraculous occasions – hours, are precious. And then my 6-year-old and I jetted off to Mexico’s Riviera Maya for a long weekend, just the two of us, and Mommy-and-Me time took on a whole new meaning.

A few weeks ago Matilda and I were invited to the opening of Iberostar Hotels and Resorts’ new take on the traditional kids’ club, called Star Camp, at their Selection Paraiso Maya property. This five-star all-inclusive resort is loaded with all the grow-up frills we all know and love, from swim-up bars to top-rated spa services and fitness facilities. (Oh, and there’s an adorable food truck on the beach that serves the best French fries!) In short, it’s got it all covered for Moms and Dads. But what about the kids?

Let’s be honest; many parents who frequent all-inclusive holiday spots have encountered the sub-par daycare/day camp situation. Beyond basic activities and minimal resources to keep pint-sized vacationers busy for a few hours while parents have a chance to actually relax by the pool. If we’re lucky, kids will make a few friends to play with and won’t notice how lame their “camp time” is. But, as parents, we might not feel like we’re getting our money’s worth, or like our kids are getting the enriching vacation experience they deserve.

Enter Star Camp. This next-level programming is based on the Theory of Multiple Intelligences, an educational model that theorises that kids learn differently according to the way they think and see the world. The theory works on eight modalities, including musical, naturalistic and intrapersonal thinkers. The idea at Star Camp is to give kids the chance to play according to a model that works with their personality, so there are hands-on challenges, opportunities to get wild, spaces to be quiet, and activities for budding artists, emerging scientists and everyone in between.

In addition to nurturing your child’s personality while they play, Star Camp will also endeavour to teach them a thing or two. There are scientific experiments (with actual guest scientists), cooking classes and lessons on environmentalism while exploring the beach and beyond. Our mother-daughter weekend was a raging success. We slept together every night, had many “backwards dinners” (you know, where you eat dessert before your meal) and swam at least twice a day (as it turns out, my child is part fish). Star Camp also played a starring role in our getaway. Matilda was keen on the Mini Chef kitchen (“We made pizza!”), and I had a chance to lay on a lounge chair and just breathe for a few hours while she played. Which, as a mom of two young kids, was indeed a gift. Because, although our together time was beyond special, having a bit of time apart was just as sweet.

Star Camp is now available at Iberostar properties in Mexico, Dominican Republic, Brazil and the throughout the Caribbean. 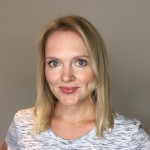 Karen Robock is an award-winning journalist who writes about parenting, health and living well. She regularly contributes to a variety of national publications including Today’s Parent, Best Health and Canadian Living. Karen lives in Toronto with her husband, two daughters and their beloved Boston Terrier.