The Disney Fantasy docks at Castaway Cay, Disney's private island in the tropical waters of the Bahamas, reserved exclusively for Disney Cruise Line guests. In a setting of crystal-clear turquoise waters, powdery white-sand beaches and lush landscapes, the 1,000-acre island offers one-of-a-kind areas and activities for every member of the family.

I bumped into Captain Hook on the way to dinner one evening, just after my girls and I chatted with Peter Pan on the staircase. So I wasn’t at all surprised to get a hug from Goofy as he emerged from the elevator. There’s something magical about Disney that affects people of every age and turns even sophisticated grannies and know-it-all teens into children again. 
There’s a reason that Disney wins the best family cruise ship awards year after year (Cruiser’s Choice Cruise Critic 2017, to name just one). It might be a little pricier than other cruise lines but every tiny detail is taken care of, and with a staff of over 1450, the staff/passenger ratio leaves you feeling cared for and pampered. You’ll never be bored with animation classes with real Disney animators, incredible Broadway-style shows like Aladdin, and Disney character meet and greets or photo ops with every favourite Disney Character.

This particular cruise had four stops: Cozumel (Mexico); Grand Cayman, Falmouth (Jamaica) and Castaway Cay (Disney’s private island) which meant we only had two full days on board the ship; rather a pity when there is so much to see and do. A personal favourite? Riding the Aqua Duck, an amazingly fun “water coaster” which literally goes off the side of the ship (and, yes, back on again, in case you were wondering!). Disney Cruise Line introduces a cruise industry innovation on the Disney Fantasy and Disney Dream — the shipboard water coaster, AquaDuck. Guests aboard the ship can get swept away on the exhilarating flume ride that features twists, turns, drops, acceleration and river rapids. Stretching 765 feet in length and spanning four decks in height, AquaDuck uses water blasters to propel guests around the the ship’s top deck. (Matt Stroshane, photographer)

My girls and I loved sitting in the on-deck pool late at night, eating ice cream and watching movies on the big screen, appropriately named Funnel Vision as the screen is on the ship’s funnel. Ice Cream (or Eye Scream as it’s called) is available from 11am to 11pm  daily which my kids thought absolutely fantastic. There is food available literally 24/7. The three main restaurants are of course Disney-themed and guests rotate through them every night. Your two servers (one for drinks and one for food) move with you from restaurant to restaurant which is a lovely touch because they get to know you and your preferences (our drinks were served almost as soon as we sat down at the table every night). And you get to know your servers too; Miguel (from France) and Isaac (from Kenya) kept us laughing night after night. There are staff from more than 60 countries working on the Fantasy.

What surprised me were how many adult-only areas there were on ship where the grown ups could have quiet time. There were adult-only pools and jacuzzis, a coffee shop (Cove Cafe where needless to say I became a regular visitor…it stayed open until 12am), two five-star restaurants (Palo and Remy …yes named after the rat in Ratatouille) beverage tastings (we chose the wine and chocolate pairing, of course but there were lots of others including martini and champagne tastings) and a variety of nightclubs which grooved on until the early hours of the morning.

Of course the children are totally doted upon! On a previous cruise my youngest daughter was nine and she absolutely loved the Oceaneers Club and Lab. Seriously, she was begging to be there 24/7  and the counselors even come and fetch the kids from dinner so you can stay on and relax sans children. They did science experiments, cooking classes, dance parties…she was in Disney heaven. This time around, being 12, she fitted into the Tween club (Edge) which she thoroughly enjoyed. There’s also Vibe which is for older teens. Babies are cared for in the aptly named  It’s a Small World (of course) nursery!

This was an extra special voyage because it featured a Star Wars theme, in addition to the Pirates of the Caribbean night. This meant we got to experience two amazing firework displays at sea. I loved the Pirate night with Captain Jack Sparrow abseiling down from the top of the funnel but the Star Wars- themed fireworks display was particularly breathtaking (and I’m not even a big Star Wars fan). Sitting on the deck, floating in the middle of the Caribbean with these incredible fireworks lighting up the night sky above you and listening to the majestic Star Wars music was just, well magical (and yes Darth Vader, R2D2 and company made an appearance too). “Jedi Training: Trials of The Temple” is where Force-sensitive children learn the ways of the Jedi and put their skills to the test in a final battle with the Sith Lord, Darth Vader. The experience is part of Star Wars Day at Sea on the Disney Fantasy. (Matt Stroshane, photographer)

The Star Wars Day at Sea also featured Jedi training, meet and greets with favourite Star Wars characters and lots of other Star Wars themed events (the Oceaneers Lab cooking class that day featured Stars Wars Wookie Cookies and Star Wars Galactic Cupcakes). There was also a very helpful info session, Star Wars 101, for those of us who didn’t know their wookie from their ewok (as they put it). That night we watched Rogue One in the Walt Disney Theatre (other movies shown on the ship that week in the movie theatre included all the Star Wars movies (of course) along with more recent releases Moana, Captain Strange and Pete’s Dragon).

Quite frankly, if cost were not an option (and of course reality), our whole family could very easily become permanent residents on the Disney Fantasy.

Tips & Tidbits to know before you go:

• Visit the Bibbidi Bobbidi Boutique and see your children transformed into their favourite characters.

• Choose your cabin carefully. On a previous cruise our cabin was in the middle of the ship and we hardly noticed the boat moving. This time round we were at the back of the ship and it was a lot more bumpy.

• Have a supply of US dollars for excursions off the ship. In Grand Cayman we took a taxi to the famous Seven Mile Beach ($20 for 5 of us) and once we reached the beach, we paid $12 per lounge chair and $12 for a beach umbrella. It was worth it to swim in the azure blue waters and see fish eye to eye but still it helps to be aware in advance!

• Seize the opportunity to have professional photos taken of your family. If you’re like our family you probably have very few photos with every single family member present. But here there are so many opportunities to have your picture taken by professional photographers and you can choose (and only pay for) the ones you like best.

• Many of the islands Disney visits are tax/duty free and are renowned for their outstanding selection of diamonds, gold and tanzanite.

• Most evenings feature outstanding Broadway-quality shows which alternate with other acts (our cruise included a magician, a physical comedy artist and an incredibly talented duo called Buckets and Boards).

• You can book port adventures for every stop. These are location specific (and at an additional cost) and can range from swimming with dolphins, scuba diving, cuisine workshops, horseback riding and visits to local archaeological and historical sites. Coming from snow-covered Saskatchewan however, our family was quite content to simply find the nearest beach and dive into the sea. The hammocks were particularly nice too!! 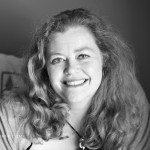