Riding in the Rockies – A unique adventure for the whole family There are two things I really love to find when travelling. Beautiful terrain and vehicles that offer a unique way to explore a destination. From trains to bikes, a unique perspective or just the right amount of speed, adds a thrill. Jasper National Park is the perfect combination of the two. The beautiful Highway 93 with the backdrop of the Canadian Rockies has the windy roads ideal for a smooth ride.

The first time I heard about Harley Davidson tours in Jasper, I was enjoying an indulgent dinner at The Stone Peak Restaurant after an adventurous hike up Sulphur Skyline. A representative from Tourism Jasper gushed about the popularity of the tours. They were the real deal, he said. The leather jackets tourists wore even plugged into the bikes, he said, to keep you warm during the ride.

Sixteen hours later, I found myself outside Jasper Motorcycle Tours in downtown Jasper.

The rumour was true. There’s no pretend when you sign up for a ride on a Harley. From the leather jackets and pants to the gloves, adventurers are suited up from top to bottom. You have the option of riding on the backseat or in a sidecar, as you choose from three different routes in Jasper National Park.

I told Stanley Chell, the professional rider joining me, that he should pick our route since he was clearly the expert. Stanley has been riding for over forty years. His oldest granddaughter has had a bike since the age of five, one she rides on the farm. Every year, on the last day of school, he picks her up from her home in Medicine Hat to go on an annual bike trip. I was in good hands. Stanley and Seema Riding in the Rockies

We picked up additional rain gear to accommodate the dark clouds in the sky and head to a nearby ski hill. I was worried about how tough it would be to hold on, but the ride was smooth, almost as comfortable as being in a car. And if you’re in the side car, there’s really nothing to worry about.

Unless, it’s raining. One quickly learns that rain on a motorbike feels like hail. This can result in “an Alberta facial,” as Stanley calls it.

Stanley is an expert of the region, and tells me about the wildlife and different trees in the area. He’s happy to stop to get a closer look at wildlife and says it’s common to spot a black bear during the rides.

How young is too young to ride on a Harley? As long as the helmet fits a child can take the tour. Children under the age of ten ride for half the price, and can join an adult in the side car. The tour company says they’ve taken passengers from the age of two to ninety on these adventures.

Bike season at Jasper Motorcycle Tours runs from mid-April to mid-October and the only thing you need to indulge in the Harvey Davidson dream is sturdy shoes and long pants. 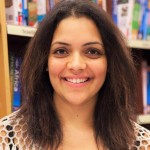