Street art at the containR park, a good place for the kids to romp. Credit Theresa Storm

Your mission: can you solve the clues and help long-stay visiting celebrities with 10-year-old twins on their Calgary foodie and cultural quest? Whether you’re a Calgarian or a visitor to the city, the new interactive Alberta Food Finder app is a fun (and — shush, don’t tell the kids — educational) spring break activity for families with older children (ages eight-to-10+).

Similar to something like Pokemon Go, Canada’s first food-focused, GPS-enabled mobile app game is played primarily outdoors in a team of one to four gamers while on a self-guided walking tour of the trendy Kensington neighbourhood, just across the Bow River from downtown (accessed via the Louise Bridge on 10th Street N.W.). To up the ante, teams can compete against other teams, perfect for a socially distanced outing with extended family or friends, each in their own bubble. To begin, players meet at the street-front starting location. On one GPS-enabled mobile device with data, one opens the free, pre-downloaded Loquiz app and enters the username and password that was emailed immediately upon payment ($49.95 with tax) and their team name and players (we each tried to open it on our cells to enable distancing and share the duties of reading the clues and navigating, but access is limited to one). Gamers can play anytime, but to catch the most businesses open, it is recommended Tuesday to Saturday from noon to 6 p.m.

Working together to solve the quest’s 30 clues and challenges, gamers are instructed to pay particular attention to finding Alberta’s seven signature foods. Multiple choice questions answered correctly add points to the team’s score. When your team doesn’t know an answer, no worries; hints (without penalty) help. That’s what my too proud team of three quickly learned when, to our surprise, we got the first question wrong. Each time a clue is completed, another pops up as an icon, accompanied by the amusing audio of a mooing cow.

Street art at the containR park, a good place for the kids to romp. Credit Theresa Storm

“We’ve set it up so that it feels like an escape room meets self-guided food tour,” explains Karen Anderson, founder of Alberta Food Tours, Inc., the game’s creator. It launched just before Thanksgiving ’20 but was put on hiatus on November 23 due to the city’s pandemic shutdown. It relaunches March 20, 2021,  the first day of spring — just in time for spring break.

Along the way, we popped into restaurants and local merchants to unearth answers and, at four, to pick up yummy included food samples, of which three were sweet treats — sure to be a hit with the kiddos. Holy Cow’s freshly churned peanut butter salted caramel gelato was the best we’ve ever tasted!

The game isn’t all about food, however. The tour also reveals bits of the neighbourhood’s history, architecture and street art (some that are hidden and, even as long-time Calgarians, we had never seen), with a couple of app-enabled hologram surprises thrown in that will delight the kids (and adults too). Bring along a USB charging cord and climb atop Dale, a metal origami cycle horse sculpture. As the kids pedal away, your cell will charge, and Dale’s eyes light up.

Completing Clue 30 in the heart of Kensington, we concluded that despite considering ourselves foodies, pre-game none of us knew our province’s signature foods, save for one, plus we made other discoveries along the way. When our device announced ‘Game Over,’ we perused the local discounts exclusive to gamers.

As the sun began to set, we settled on the heated second-floor balcony of Pulcinella for traditional wood-fired Neapolitan pizzas, followed by complimentary espresso and gelato.

Stay tuned for more Food Finder games. Alberta Food Tours is working on readying Canmore for spring, Banff this summer and then Edmonton.

Duration: Two hours with no stops (but longer is recommended to shop and eat along the way. We were ready for a break midway). 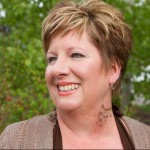 When the pandemic put the brakes on travel, freelance travel journalist/photographer Theresa Storm turned to long walks and discovering more about her long-time hometown of Calgary, often accompanied by her currently out-of-work tour guide buddy or her hubbie. She hasn’t been on a plane for a year — a record in her 23-year full time career as a travel writer. She specializes in the outdoors and loves a good adventure. Her stories have been published in scores of magazines, newspapers, digital publications and books, including Calgary-based WestJet Magazine. She looks forward to travelling soon again with more mindfulness, purpose and appreciation of the privilege travel really is. In the meantime, she’ll keep unearthing hidden gems in YYC.