To Montreal, With Love As my daughters and I rode La Grande Roue de Montreal, the observation wheel in Old Montreal’s waterfront, we took in the sweeping and spectacular views around us.

The wheel is 60 metres high, the equivalent of a 20-storey building, and the largest in Canada, so we had a birds-eye view of the glorious landscape inside our private climate-controlled gondola.

We could see the shops and cafes in Old Montreal and beyond that in the far distance was the iconic wooden cross on Mount Royal. On the other side of the St. Lawrence River, we could see the infamous Habitat condos (built in 1967 for Expo) and the quirky Biosphere, a geodesic dome which was the USA’s Expo pavilion, later gifted to the city. It was a great way to start our three-day adventure by seeing everything the city had to offer laid out below us.


Old Montreal offers up so many fun things that we spent our entire visit there. I love Old Montréal for its historic buildings, cobblestone streets, boutiques, galleries and restaurants and. Many buildings have been preserved in their original states and the oldest date back to the 1600s.

We decided to try one of the many Air BNB’s available in Old Montreal and were pleasantly surprised at the selection, high quality and excellent price. Ours rented for $100 a night (plus $60 cleaning fee) and was a large New York loft-style condo with trendy bare brick walls. It was spacious, comfortable and well located. CIRQUE DU SOLEIL – Since Quebec is the birthplace of Cirque du Soleil, it seemed only fitting that we take in their most recent show, Alegria. From the moment the lights dimmed inside of the giant blue and white striped tent, we were treated to a spectacle that was a feast to the eyes and ears.

Few shows can compete with Cirque du Soleil for its creative costumes and set design plus its sheer artistry in the choreography and stunts. The mind-boggling athleticism of the performers was at a standard above any Olympic athlete.

Cirque du Soleil began in 1984 with a group of around 20 performers and has grown to almost 4,000 employees, which includes 1,300 artists. In one act, the performers flew through the air, performed an impossible number of flips then landed on a bamboo pole. In another act, a woman spun more than 20 metal hoops around her body and in another, the actor literally walked on fire, defying explanation.

In between the high flying acts, clowns took to the stage and walked through the audience and had us in stitches with their antics. It was a show not to be missed. The AURA show inside of Notre Dame Basilica.  Photo by Denise Davy

AURA – The laser tech show called AURA inside the Notre Dame Basilica will make you appreciate the historic architecture of the church like never before. The church dates back to 1829, but the unique light and sound show is all new. Combined with beautiful orchestral music, it’s a jaw-dropping spectacle.

LA GRAND ROUE – The observation wheel is open 365 days of the year from 10 a.m. until 11 p.m., and while we had an enjoyable ride during the day, I imagine going at night would be just as mesmerising when the city is lit up in all its splendour. After riding the wheel, my daughters and I took a spin on the zipline, which is only a few minutes away. It’s Canada’s first urban zipline circuit, and it’s 85 feet above the water. The long walk up the tower isn’t for sissies, but the ride is worth it. After getting tied into the harness and fitted with a helmet, the guide sent me flying across the water for a trip which lasted about 30 seconds but felt longer. It was tons of fun, and because of the plastic glove which safely accommodated my phone, I recorded it all, so I have the video to prove I did it.

There’s no shortage of cafés and restaurants in Old Montreal, but I decided to go to the experts at Montreal Tourism for advice on an excellent vegetarian eatery. They immediately recommended LOV, which has two Montreal locations, on McGill and de la Montagne street, and after dining there, I understand why. LOV is a popular Montreal restaurant known for its vegetarian food.     Photo by Denise Davy

LOV – From the moment we walked into LOV on 464 Rue de McGill, we were taken in by its ambience. The bamboo lattice lampshades, hanging wicker chairs and brick walls painted white gave it a feel that was stylish and welcoming.

LOV is an acronym for local, organic and vegetarian, and their menu read like a celebration of all three. We ordered tacos as an appetiser and chowed down on a tasty bowlful of tortillas slathered with a topping of roasted corn, pureed avocado, tomato salsa and more. The food was second to none, and I would highly recommend it for anyone who is vegetarian and anyone else who wants to try it.

VENICE – We came across this delightful restaurant located on Rue St. Xavier-Fraser after taking in the show at Cirque du Soleil. It proved to be the perfect spot for dinner, and I had one of the best pizzas of my life.

TOMMY’S CAFE – This was another surprise find, and I loved the interior with its antique corbels and high ceiling.

LE PETIT DEP – As luck would have it, our Air BNB was located immediately beside a charming cafe/souvenir shop called Le Petit Dep on Saint-Paul Street West. With its turquoise blue exterior decorated with a flower box filled with pink begonias, it was easy to see why it won the award for being the most Instagram-ed cafe in the world.

Inside, from it’s quirky chandeliers to its tidy rows of jams, honey, maple syrup and chocolate, it had me at bonjour. From the array of delicious baked goods, we chose a chocolate croissant, and cranberry muffin with Earl Grey tea for breakfast then sat at one of the tables that looked onto the street — charming all round!

I’ve been to Montreal several times and each time it surprises me with its new sites, exciting things to do and fabulous eateries. After so many visits, I thought I’d seen everything the city had to offer; I was wrong. We didn’t have time to visit the Science Centre or see a show at IMAX, but there will always be a next time since this trip securely put Montreal in the top spot of our favourite cities to visit. 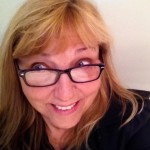