5 Days of Family Adventures in the Golden Triangle: A BC Rockies Road Trip I was suspended in midair hundreds of feet above rocks. The 200 ft waterfall below looked like a tiny spring from where I swayed, trembling and hanging between two cliffs. I had just learned five minutes ago from a sign that this was the highest suspension bridge in Canada. I was aware that I was going on a suspension bridge, I just didn’t think it was the highest one in all the lands of Canada. Suddenly, the stakes were higher. The kids walked gingerly ahead of me, each step sending shudders down the bridge and my spine. This road trip turned out to be more exciting than I thought it would be. And this was only the first day. The Golden Triangle Road Trip in the BC Rockies takes you along the Columbia River, joining the mountain towns of Golden and Radium. It continues along the rugged mountain ranges of the Kootenay and Yoho National Parks, which complete the other two sides of the triangle.

We began our adventure in Golden. Our first view of the glacial blue-green waters of the Kicking Horse River was from the riverside patio of the Whitetooth Mountain Bistro as we enjoyed our yam burgers and truffle fries. Later, we checked out the new River Walk, the outdoor stores, and the farmers’ market. The timber-framed covered bridge begged to be crossed and led us to the river trail. The kids lead the way across the Golden Skybridge, the highest suspension bridge in Canada. Photo Annie Smith (2)

From that bridge, we hit up Golden’s newest attraction, the Golden Skybridge, where I left you (and me) hanging. I was forced to find my sky legs and follow my children’s brave example into the forest on the other side. If you have older kids and are twice braver than me, your family can race each other across the canyon on the four zip lines instead of taking the second bridge back. The Canyon Swing is opening this summer if you only want to swing over part of the canyon. The views are breathtaking. The wooden tree forts, a rock climbing wall, rope nets, and tree logs of the Treetop Playpark captured my children. With the Village Grill’s snacks and coffee nearby, it was a perfect reward after the nature hike from cliff to cliff and back again, complete with zip lines at an altitude I was more ready for.

A Big Paddle in the Columbia Wetlands

The drive to Radium took us along the Columbia Wetlands, a hotspot for biodiversity with more than 260 bird species and hundreds of fish, reptiles, amphibians, mammals and invertebrates. At the Columbia Wetlands Outpost, we passed paddle signs, crossed a 65-metre suspension bridge, and found a pirate ship for the children to explore. The boathouse perched beside the river had many nature books to read. The adventure continues on the water via your choice of kayaks, canoes, stand up paddleboards or pedal boats. Your children can look for fish, hunt for birds’ nests, and explore the hidden pockets of the wetlands with the Purcell and Rocky Mountains as their backdrop. Don’t forget to stop at the World’s Largest Paddle for a photo to remember your big paddle here. The suspension bridge and boardwalk at the Columbia Wetlands Outpost brings you to a pirate ship. Photo Jeremy Smith

Radium Hot Springs is a place of surprising encounters. After our bike ride following the Sinclair Creek Trail and zooming over the bike pump track at the end, we returned to our car and spied a tree shaking erratically. Curious, we watched until a bear cub poked its head out through the branches and a mama bear walked out of the bushes below it. The next day, between the yummy strawberry pancakes at Riko’s Radium Family Restaurant, and the Old Tyme Candy Shoppe where my oldest bought the poop candy and tried to feed them to his siblings, the kids screeched to halt when they saw a peacock strutting down the street. We learned his name was Percy, and he has his own Instagram page.

There is no shortage of fascinating trails to explore near Radium. We scrambled down the Juniper Trail for a 15-minute trek and some rock hopping across the creek for a beautiful view of Sinclair Falls. The children learned about the importance of fire in restoration walking the Redstreak Restoration loop. Our favourite, however, was cycling the Old Coach Trail, whose side loops brought us to sweeping views of the Columbia River wetlands, the Purcell Mountains, and even hoodoos.

After a day of bike rides and trail exploring, all tired parents and kids deserve a soak in the Radium Hot Spring pools. The kids enjoyed both the hot springs and the cool pool, but our favourite was a full-body dip in the icy cold tub and then blissfully sinking back in the heat of the hot pool. Takakkaw Falls, from “it is magnificent” in Cree, is the second tallest waterfall in Canada. Photo: Annie Smith

We left Radium the next day, driving between the high red cliffs of the Sinclair Canyon toward tall green mountains enveloped in mist. Deeper into Kootenay National Park, an adventure awaited at each stop. First, a short boardwalk trail took us around the unearthly transparent green of Olive Lake to the head of the spring that feeds it. The next stop took us to the thunder of Numa Falls. At the bridge, the kids threw sticks and leaves to watch them get swept away. The Paint Pots walked us through history from its discovery and use of ochre by Indigenous peoples to commercial mining by prospectors, whose equipment is still there. The kids enjoyed the splish splosh of the wet 2 km trail and felt like they were on Mars as the ground changed from dusty orange to more vivid orange closer to the three small emerald green pools that were the source of the ochre. On the next stop, we hopped out of the car for another walk, zigzagging over Marble Canyon, looking down at the deep crevasses to see the glacier blue of the Tokkum River rumbling below. The orange trail to the Paint Pots became more vivid the closer you got to the green pools. Photo Annie Smith

Yoho National Park lies on the western slopes of the Canadian Rockies. Takakkaw Falls, the second-tallest waterfall in Canada is only 1.2 km roundtrip, making it easy for even ones with little legs to feel the cold mist on their face. At Emerald Lake, we stood at its jade-coloured waters, the stately evergreens and the mountains of President Range behind it. A gentle rain started. We heard the haunting call of a loon and saw it land with a quiet splash on the dreamy green waters. Then the sun broke through the grey clouds, and we were treated to a double rainbow. The grand finale to the wild beauty of Yoho is Wapta Falls, reached after an easy 2.3 km hike. Its roar is a fitting finish to this wilderness exploration. A Ride to the Skies and a Grizzly Encounter

We made our way to Kicking Horse Mountain Resort on our final day. As a gondola took us higher up the mountain, we watched forests of tall jagged pine trees turn to scraggly trees and rockslides. At the top, mountain bikers ripped down steep downhill trails while we took a short walk on a knife-edge trail on top of the world. Back down, we took a chairlift and came face-to-face with a grizzly. We could hear him breathe, watch him eat, and see his giant claws. But rest assured, this is the parent-approved way for your kids to meet a grizzly! Rescued after poachers killed his mother, Boo the Bear now lives on 20 acres, the world’s largest grizzly bear refuge. The rangers taught the kids all about grizzlies and we spent over an hour in awe watching him. You don’t often get to be this close to a grizzly. Photo Jeremy Smith

The Golden Triangle road trip is an unforgettable family adventure from hanging in the sky suspended between two cliffs, soaking in hot springs, to a grizzly encounter. Check it out this summer. The Golden Skybridge opens in mid-May. The Columbia Wetlands Outpost and the Kicking Horse Resort begin their summer activities in June. The Radium Hot Springs pools and connections to nature are open all year round.

Annie Smith was hosted by Tourism Golden, Tourism Radium Hot Springs, and Parks Canada, which did not review or approve this story.

Kicking Horse Kabins (Golden): Cordon-bleu-chef-owned means you can order a breakfast basket, BBQ and the yummiest artisan pizza. Karen can even cater a meal in your cabin. (Romantic plus: there’s nothing like stargazing in the hot tub after the kids are in bed and listening to the wolves howl from the sanctuary next door).

Prestige Radium Hot Springs Resort: Valley views and walking distance to all the shops. With Conrad’s Kitchen and Grill and Don Agave Cantina attached, you have your choice of authentic Mexican to pizza, burgers, or pasta.

Prestige Inn (Golden): Family-owned and just off the Trans-Canada Highway. 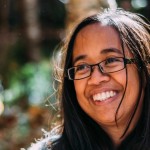 Annie B. Smith is a freelance writer based outside Nelson, BC. She writes about parenting and travelling with her three-monkey circus. You can follow her on Twitter at @ASmithWriting.