Put the ragtop down, turn the radio up and hit the road for the quintessential California road trip along State Highway 1

As far as road trips go, California’s classic Highway 1 has it all. It’s an excellent route for drivers, with twists, turns and narrow bends in the road. It offers beautiful, wind-swept vistas of the Pacific Ocean, and snakes along a rugged coastline connecting megacities like San Diego, Los Angeles and San Francisco, as well as smaller dots on the map like Harmony, Cambria and Guadalupe. In between are protected state forests, the green farm fields of the Central Valley, and many points of interest along the way that are worthy of a stopover. Put the top down and get ready to cruise the California coast on Highway 1, driving northward between Santa Monica to Carmel-by-the-Sea.

California’s State Route 1 runs for over 1,055 km (659 miles) and is the longest state route in the Golden State. In 2017, a massive landslide closed a large section of the highway near Big Sur, and travellers were diverted from the coast for 14 months. The road reopened July 2018, to the joy of drivers everywhere. You can access Highway 1 from either the north or southern ends, and anywhere in between.

This fun city northwest of Los Angeles is a great spot to begin your cruise up the California coast. The downtown is highly walkable, including to the famous Santa Monica Pier, home to the Pacific Park amusement park and Pier Aquarium.  Rent cruiser bikes or use the ubiquitous e-scooters (download the app first) to follow the Marvin Braude Coastal Bike Trail. Known as “The Strand”, the paved path follows the oceanfront for around 35 km.

The elegant, sophisticated city of Santa Barbara is shaded with tall palm trees, colourful flowering vines, and graced with classic Spanish architecture to the point that the city is referred to as the “American Riviera.” Enjoy a stroll down State Street, pop into local boutiques, and taste a sea salt ice cream cone at McConnell’s Fine Ice Cream. The historic Presidio, built in 1782, houses one of the oldest surviving buildings in the state, El Cuartel. The classic Old Mission Santa Barbara is also well worth a stop.

A classic California surf spot, Pismo Beach enjoys one of the widest stretches of sandy beach anywhere on the coast. If surfing isn’t your jam, try dune-buggy racing at Oceano Dunes, one of the only spots in the state where it’s legal to drive on the beach. Walk the 1,200 foot Pismo Beach Pier, built in 1928. From October to February, tens of thousands of bright orange and black butterflies gather at the Monarch Butterfly Grove to spend the winter months in the trees of Pismo State Beach.

This pretty coastal state park has beautiful views of the ocean and Morro Rock (as seen on Instagram), as well as a wildlife estuary and rookery for herons and egrets near the shoreline. There’s an interpretive Estuary Nature Center, and keep an eye out on the horizon. At certain times of the year, whales can be seen migrating up the coast to Alaska.

Atop a hill overlooking the coast, Hearst Castle is a massive, opulent mansion built as a private residence by publishing icon William Randolph Hearst in 1947. The views from what is now state park grounds are stunning, as is the 165-room castle and 127 acres of terraced gardens, fountains and pools. The standout outdoor Neptune Pool is an over-the-top homage to ancient Rome, with marble statues of its trident-wielding namesake and other gods guarding the pool.

While the massive elephant seal isn’t the most attractive of creatures, seeing thousands of them huddled along the rugged ‘white rocks’ of this section of coastline is worth an observation. While most of the 5,000 lb seals sunbathe close together against the wind, bull elephants can be spotted bellowing and battling one another for space on the beach or, depending on the season, mating rights.

If you’ve watched the television show Big Little Lies, you’re familiar with the Bixby Bridge that connects Big Sur to Carmel and Monterey. Roughly a 90-mile-long stretch of deeply forested and fog-bound coastline, Big Sur is one of the most iconic sections of Highway 1. The road twists and turns along the coastline, with glimpses of migrating whales or sea otters playing in the kelp. Its small village centre feels like a throwback to the 1960s and is nestled among towering redwoods. Stop into the Henry Miller Memorial Library to peruse the stacks, or enjoy one of its outdoor concerts in the woods. If looking for seclusion or inspiration, the Esalen Institute offers relaxation along with 600 courses in everything from yoga to mindfulness to samba.

At its core, charming and romantic Carmel is a village in a forest overlooking a white-sand beach. And what a lovely beach! It’s a walkable, dog-friendly crescent of soft sand giving way to the turquoise waters of the Pacific ocean. Founded by artists and writers that relocated here after the San Francisco earthquake in 1906, Carmel is an affluent haven of creativity and leisure pursuits inspired by nature. Walk along narrow streets with neatly framed whimsical cottages, pop into art galleries and restaurants along Ocean Avenue, navigate the 17-Mile Drive at Pebble Beach (and don’t miss the centuries-old Lone Cypress), visit the sea otters at Point Lobos State Reserve, and take in California’s Spanish Mission history at the 18th century Mission Carmel. 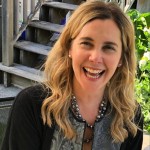