If Your Family Is Up for Adventure, Take a Gander at Newfoundland!

Newfoundland, that fascinating landscape affectionately known as “The Rock,” is home to both natural wonders and historic sites of international significance. If your family is looking for an adventure, take a gander at what Newfoundland has to offer!

Just Arriving is an Adventure

An island off the Eastern coast of Canada, Newfoundland is accessible by international airports or car ferry. Having travelled by both, I would take the ferry if at all possible. There is nothing like the sensation of salty spray on your face and the ocean heaving beneath your feet as you follow in the footsteps of the many famous explorers who have sailed these waters before you. Not to mention, the ferry provides everything you need to keep your family amused during your voyage.

Some of the first explorers arrived over 1,000 years ago when the Vikings landed at L’Anse aux Meadows. The only known Viking settlement in North America, your family can experience life in the village and immerse themselves in ancient Norse traditions like axe throwing, pottery, and shipbuilding.

The province’s capital, St. John’s, is one of North America’s oldest European cities. Watching over the city is Signal Hill – not only an important part of this garrison town’s defences, but it’s also where Marconi received the first transatlantic wireless signal. Hiking to the top of this storied hill is like standing on top of the world, with the city scattered in front of you like colourful Legos huddled around the horseshoe of the harbour.

The day I made this hike the sky was overcast with bruised blue-grey clouds, and there was no horizon between the sky and the sea. Turning from the cityscape, there was a restless “forever” that sucked the air out of me. It was an endless, textured blue-grey expanse abuzz with the energy of a coming storm. I never felt more connected to the history of Newfoundland than in that moment, because no matter how much things have changed there over the centuries, the unforgiving weather stays the same.

After exploring the city and experiencing this old-world vibe, your family can enjoy some of the many modern amenities it offers, including gourmet food, world-class accommodations, and modern recreational facilities.

Although a small city, St. John’s doesn’t roll up the streets at night; many ghost-themed walking tours head out after dark, and the famous George Street has the most bars and pubs per capita in Canada. Open to foot traffic only; you can stroll at your own pace while taking in the atmosphere, day or night. From Nightlife to Wildlife

If you’d prefer to get out of the city, Newfoundland is the perfect place for outdoorsy families. Their famous moose dot the landscape and can even be spotted from the car when driving across the countryside. My family saw 17 of them while driving across the middle of the island!

Gros Morne National Park’s ancient landscape is a UNESCO World Heritage Site and is a breathtaking location for hiking, kayaking, and skiing. With a fjord, a gorge, mountains, forests, exposed mantle, and tundra, this park offers a smorgasbord of natural environs to discover. You’ll want to check out Twillingate during spring. One of the prime locations for watching icebergs, it also boasts some of the best whale watching along the Eastern seaboard. For even more wildlife sightings, grab your binoculars and head to Cape St. Mary’s, where you could spot moose, eagles, osprey, and puffins.

If your family finds these ideas a little bit too “on the beaten path,” there are lots of opportunities to create your own adventure. You can hike into the forest outside of Burgoyne’s Cove to investigate the remains of a 1953 plane crash, survey the abandoned buildings and surrounding shoreline of the defunct Aguathuna’s Limestone Quarry in Port aux Port Peninsula, or enjoy a picnic in the shadow of discarded whaling ships sitting in Conception Bay. With its vast wilderness, historical connections, and endless chances for exploration, Newfoundland is the perfect place for your family to visit on your next vacation. 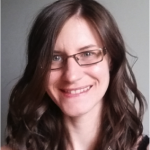