Must See Attractions on the South Shore of Nova Scotia Enjoy life at the shore this summer by heading south to the coast along the UNESCO Southwest Nova Biosphere Reserve. Here on the south shore of Nova Scotia, you can relax with the family and enjoy long lazy days on the sands, feast on the tastes of the ocean, or even learn to surf. Just two hours drive from Halifax, this area is also home to one of the most diverse and beautiful national parks in Canada.

Take a trip to Kejimkujik Seaside National park, known as Keji to locals, and explore the 8.7 km trails of sandy beaches. You’ll also find coves and lagoons home to harbour seals, as well as indigenous rock engraved petroglyphs. If you decide to camp and stay overnight, you’re in for a real starry treat, as Kejimkujik has been designated as a Dark Sky Preserve by the Royal Astronomical Society of Canada.

You can’t visit this area without taking a trip to see Peggy’s Cove or Piggy’s Cove, as my son calls it. This iconic lighthouse perched on slippery rocks is one of the most photographed sights in all of Canada. Keep kids off the black rocks as the waves can be unpredictable and the waters treacherous. It’s a good idea to go early in the morning before the crowds arrive and then stick around until the ice cream stand opens.

True, Nova Scotia is not exactly California, even in midsummer these waters barely hit 13 degrees centigrade. However, despite the chilly Atlantic coastal waters, waves here can be impressive, and as long as you don a wetsuit, you’ll find it’s an excellent place for novices and children to master the basics of surfing.

Lessons are provided at the 1 km stretch of sandy beach at White Point Beach which often has misty, humid mornings when the surf takes on a ghostly allure. For the truly brave you can actually surf all through winter.

Bring your sand toys; the south shore has so many beaches to explore! White Point Beach is incredibly popular with families especially as the resort also has an indoor swimming pool, a games room, and a whole program of kid-approved activities and events. Other nearby beaches include Crescent, Green Bay and Cherry Hill. If you want to escape the crowds and enjoy a more secluded seaside experience, then head to Broad Cove beach where you might just have the place all to yourselves.

Red buildings on the dock in Lunenburg – Photo Fiona Tapp

This UNESCO world heritage site is a charming town with colourful buildings along a waterfront boardwalk. Visit the Fisheries Museum of the Atlantic, view the Bluenose II sailing ambassador and of course, enjoy some traditional fish and chips.

For a laid back vacation on the coast, you just can’t beat the south shore of Nova Scotia. 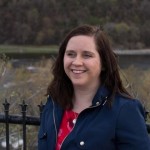 Fiona Tapp is an experienced travel and parenting writer with bylines at Nat Geo, Lonely Planet, Forbes, TimeOut, The Atlantic, Slate, Parents and many more. A mom to one, she obtained her Master’s degree in Education and worked as a teacher and school administrator for 13 years before becoming a full-time freelance writer. See more of her work at www.fionatapp.com