What You Need to Know About Star Wars: Galaxy’s Edge In a galaxy far far away…..just a hop skip and a jump from a Critter Country, the land of the old American West of the first frontier and from a world of fantasy, you walk into new planet. Batuu, a remote planet on the edge of the galaxy where the stragglers convene and hang out away from the watchful eyes of The First Order.

The new land opened on May 31, 2019, in Disneyland to much-anticipated release. Across the country in Orlando, guests are enjoying a parallel experience in Disney’s Hollywood Studios since its opening on August 29, 2019, at Walt Disney World.

Immersive lands with storytelling experiences have been elevated to new levels, beginning with Cars Land in Disney California Adventure, Pandora in Disney’s Animal Kingdom Park at Walt Disney World, and Star Wars: Galaxy’s Edge is no different. Even non-fans of the franchise without any previous knowledge can still appreciate that experience that Disney has created.

Star Wars: Galaxy’s Edge is the largest and most ambitious single expansion plan in Disney’s history creating a new land, ripe for adventures within the Star Wars universe, completely original yet with some familiar characters and places introduced in earlier movies and stories. The experience is nothing short of jaw-dropping as you feel like you have walked onto another planet altogether, or at the very least, a Star Wars movie set.

Every detail within the land is painstakingly accurate. The buildings and structures appear to have survived thousands and thousands of years in the galaxy. The attention to detail creates an experience where you no longer feel like you are in a Disney Park, and rather, entered a planet on the outer rim of the galaxy where no one really wants to go.

Know Before You Go

Millennium Falcon: Smugglers Run is the first attraction to open in the land and is your opportunity to ride the infamous ship that can make the Kessel Run in “less than twelve parsecs”. Guests enter the cockpit of the Millennium Falcon and each person is given one of three positions (pilot, engineer and gunner). You are on a mission for Honda Ohnaka to retrieve and deliver supplies for the Resistance and your success of the mission is dependent on your crew. The more supplies you are able to obtain and deliver, the longer your ride! Because the success of the ride is completely dependent on your team, each time you ride will be a new experience. And the most coveted position is the right side pilot as this position has the exclusive right to “punch it!”, and guide the Millenium Falcon into hyperspace!

About to board the Millennium Falcon

Rise of the Resistance is the second attraction in Star Wars Galaxy’s Edge and is slated to open on December 5, 2019 in Walt Disney World and January 17, 2020 in Disneyland. The new attraction is expected to be the most impressive attraction Disney has ever built, with a multi-platform ride, with guests being kidnapped in transport and held in the biggest battle between the Resistance and the First Order.

FastPasses are not available for either attraction at this time. Regular wait times in the stand by lines apply in order to experience the attraction.

The Play Disney Parks app (different from the Disneyland or Walt Disney World app) is an interactive app with games for each attraction for guests to play while waiting in line. The Play Disney Parks app has a host of activities, secret side missions, and hidden gems where guests can enjoy while in the land for unique experiences and adventures in Batuu.

Oga’s Cantina is the waterhole, located in Black Spires Outpost where all the bounty hunters, smugglers and rogue traders come together to enjoy unique drinks and snacks that are out of this world! It’s a place that is a refuge from intergalactic travels for travellers to take a break, enjoy some music, food and drinks with like-minded individuals an away from the watchful eyes of the First Order. The music and ambience are provided by the droid, DJ R3X, a former Starspeeder 3000 pilot from Star Tours: The Adventures Continue (from Tomorrowland). Space is limited inside the cantina and most of the space is standing room only. Guests are restricted to a maximum of 2 drinks and a 45-minute visit.

Savi’s Workshop is where the ultimate Star Wars fans can build their very own custom lightsaber with pieces collected from all over the galaxy, and activated from kyber crystals, the heart of the lightsaber. One lightsaber can be built per builder per experience, with one guest permitted to accompany and enter the clandestine workshop. Additional customization items are available in Dok-Ondar’s Den of Antiquities in Black Spires Outpost.

If you have always wanted your own personal droid companion, you can now build your own at Droid Depot. Assemble your own BB- or R-series astromech droid and program them with several different personalities that you can then activate to come to life. Once activated, the droid uses Bluetooth technology to communicate with other droids in the land, as well as other elements and objects on Batuu.

And if this doesn’t sound amazing enough for Star Wars fans the best is yet to come!

Just announced at the D23 Expo in Anaheim, on August 22, 2019, the Star Wars Galactic Starcruiser will be for the ultimate fan for the most immersive experience. Stay aboard the Starcruiser for a two-night, three-day stay for an out of this world experience to the Halcyon. The Starcruiser will be connected to Star Wars: Galaxy’s Edge in Hollywood Studios so the experience is seamless from the land. Guests will depart together to begin an immersive two-night itinerary (similar to a Disney Cruise) where each person becomes the hero in his/her own Star Wars story. Once guests arrive at the Galactic Starcruiser terminal, they will jump into hyperspace to arrive at the Halcyon, where they will begin their two night Star Wars adventure in space.

With so much happening in Star Wars: Galaxy’s Edge in both Disneyland and Disney’s Hollywood Studios at Walt Disney World, there has never been a better time to experience it all for yourself. With something for everyone and for all ages, fans and non-fans can appreciate the immersive and interactive experiences for a unique experience that is unlike anything Disney has ever done before.

With each 3-day or longer ticket at Disneyland purchased in advance, guests receive one Magic Morning where they can enter Disneyland 1 hour earlier than the general public.

Start your Disney adventure today by getting in touch with any questions you might have about Star Wars: Galaxy’s Edge and for your personal Disney Vacation Specialist to help you plan your Disney vacation! 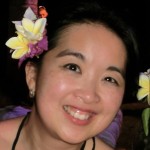 Renee Tsang is a multi-tasker in life and business! Keeping busy as a mom of 2 spunky and hilariously goofy kids, a travel agent, consultant and writer, life is never boring! Follow her adventures at Lifeistooshorttostayhome.com